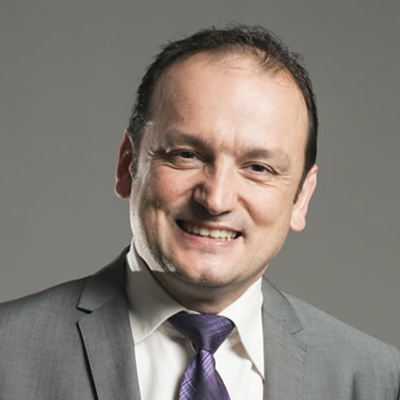 "My time at Globalpraxis turned out to be one of the most enriching of my career in terms of personal development and intellectual fulfillment."

After obtaining an MS in electronic engineering, I started my career as a circuit designer in Olivetti (Zincocelere division) and for over 10 years, I held several positions of growing responsibility in the company. In the late 90s I was director of operations with responsibility for two production sites (quite sizeable: 800 workers). After a few years in the position, I decided that it was time to broaden my horizons and I enrolled in an international MBA (Chicago Booth). One of the best outcomes of a top university MBA is the remarkable network of friends that you meet and share experiences with. It turned out that one of my best friends at Chicago used to be one of the partners at Globalpraxis, and so I was introduced to the exciting world of consultancy.

At Globalpraxis, I started as senior consultant, and quite quickly was promoted to manager, senior manager, and director; but more important than the career were the amazing and truly interesting colleagues I worked with. I must say that every project was a discovery platform, full of new fascinating concepts, innovative methodologies, and interesting discussion among the project participants. As a result, my time at Globalpraxis turned out to be one of the most enriching of my career in terms of personal development and intellectual fulfillment.

When I arrived at Globalpraxis, I was lucky enough to be catapulted into a reorganization project in Turkey with a client who used to be the CEO of one of the most important beverage corporations. I immediately got used to the Globalpraxis way: approaching and solving complex business problems and effectively communicating the solution to the customer. Five years at Globalpraxis flew by fast, from a project in North Africa to others in Italy, Serbia, Turkey, Greece, and so on; every time, I got the chance to learn from the customers and from the variety of different cultures of so many different countries. Worthy of special mention was the project for a leading brewery in Latin America, with operations in Colombia, Ecuador, Peru, and Panama, which arose from a major merger with an international brewery. The project was a long-term assignment; I had to live in Colombia for almost 18 months, and the customer was really demanding: it was a complete end-to-end reorganization of sales and distribution in the continent. The project was full of technical and cultural learning, and I got to know an amazing project team: some of them became personal friends and have continued to work with me. Another amazing experience was an 18-month assignment in Japan, where two leading bottlers merged to create a leading Japanese company. The project was huge: 25 project members, 10 from Globalpraxis and 15 full-time resources from the customers; five very diverse work-streams (from governance to route-to-market to trade marketing). The biggest challenge was, from the beginning, the culture shock: even if we had Japanese consultants, the customer was completely new to modern route-to-market concepts, and at the beginning very diffident. After more than one year, the Globalpraxis team became so embedded in the customer team that we were regularly consulted even outside the project scope. The project turned out to be a great success and a turnaround for the company, and some of the customer’s project members became lifelong friends.

In 2008, for personal reasons I decided to move from consulting to join the group Petronas, a Fortune 100 oil and gas multinational, as M&A director for Petronas Lubricants International, the lubes division of the company. Very soon I was promoted to general manager Asia and recently to group chief commercial officer. The Globalpraxis experience has been absolutely key in three areas: 1) It shaped my way of thinking and communicating: as an engineer I was used to communicating with numbers and data. Globalpraxis made me understand that even the most complex concepts must be conveyed in the form of a simple compelling story. As I grew in my career, and I started to interact with very senior leaders, this learning has become fundamental. 2) It transmitted very fundamental technical concepts in route-to-market, sales organization, and trade marketing. Expertise in these fields is key in any industry: markets are evolving toward more and more complex value chains, which include internal and external stakeholders, often interconnected. Mastering the technique to drive and align so many different agents with the interest of the company is really a key advantage. 3) As Globalpraxis’ projects typically happen in leading corporations, I became familiar with processes and methodologies that are the normal way of working at leading companies. When I moved to a large corporation I was already familiar to many of these processes. On top of that, I was regularly exposed to meetings and interviews with CEOs of multi-billion dollar companies: this helped me to understand how to deal with top managers and not to be intimidated by them.

I must say that sometimes I truly miss the friendly and knowledge-hungry environment of Globalpraxis, as well as the beautiful atmosphere of Barcelona, where the HQ are located.