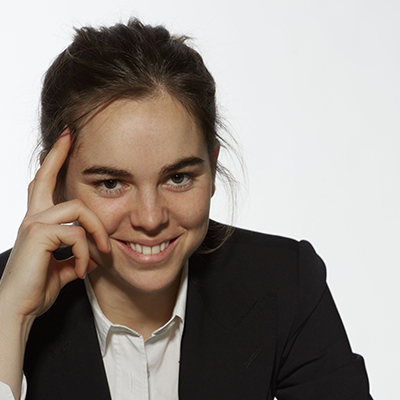 "My experience at Globalpraxis was like a paid Master’s. I learned fast to do business with different cultures and mindsets."

After graduating with honors at ESADE I started my professional career directly at Globalpraxis.

At Globalpraxis, I began as an analyst and was rapidly promoted to consultant. I worked on projects in many different countries, such as Russia, Morocco, Ecuador, Italy, and Spain. I collaborated on numerous projects with leading firms, mostly in fast-moving consumer goods.

In my five years working at Globalpraxis, I was engaged in more than eight projects. Most of them were extremely enriching, especially those far from home. Working with people from different cultures and lifestyles truly opens your mind. The way challenges are dealt with in Moscow is not the same as in Guayaquil.

In 2014, I decided to move on from consulting and joined an entrepreneur to become part of the founding team of Opportunity Network. On a personal level, I kept in touch with most of my colleagues at Globalpraxis. Actually, two of them took the plunge with me on the Opportunity Network venture. My experience at Globalpraxis was like a paid Master’s. I learned fast to do business with different cultures and mindsets, which allowed me to understand the strength of having a diversified team. Working at Globalpraxis taught me to take nothing for granted. You can’t accept anything as a given: not a model you built for a client, a team you worked with, or a way of working. A perfect commercial model you built for one company may not be perfect for another company, as different jurisdictions, consumption habits, and external variables come into play. When you work with a manager you really appreciate, learn fast and enjoy it because you may not have the same one for the next project. When you work with a team you feel comfortable with, you have to be able to adapt to the next one. I strongly believe that not taking things for granted is what makes you excel – and Globalpraxis is where I learned this.