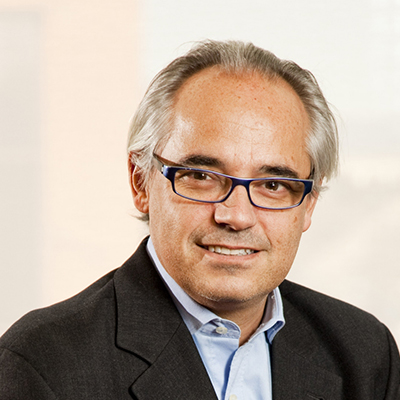 “The experience I gained at Globalpraxis is very strong... I still use a lot of examples applied during my projects.”

I started my career as an engineer in Argentina and France. After obtaining my MBA in 2001, I began my career in management consulting at Globalpraxis in Barcelona.

At Globalpraxis, I started as a consultant and was rapidly promoted to manager. In 2010 I became senior manager and leader of the telecom practice. I worked on many projects with leading firms, mostly in telecom and fast-moving consumer goods in Europe, Africa, and India.

I think that in my eight years working for Globalpraxis, I was engaged in more than 40 projects and visited more than 30 countries. But one of the most impactful projects, of which I am very proud, received an Innovation Award in 2008 from Global Telecom Business, for the rural acquisition model developed for a leading telecom operator in Nigeria.

In 2012, I decided to move from consulting to join the group Multiasistencia as group director of strategic projects. In 2020, I became CEO of Multiassistance France. The experience I gained at Globalpraxis is very powerful and even now, working in the insurance sector at Multiassistance, I still remember the friendship and working atmosphere that we used to share while assigned to projects. That is the DNA of Globalpraxis.