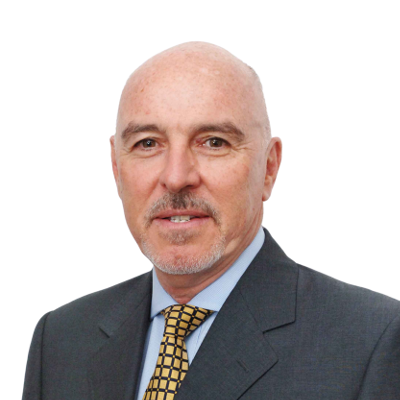 David Bishop started his career with Schweppes in the UK. In 1976 he joined The Coca-Cola Company in South Africa, working initially for the company-owned bottling operation in Johannesburg and later for the Southern Africa Division as sales director.

In 1986, he was appointed marketing manager for the Middle East region. Over the next 10 years he held senior positions with bottlers and The Coca-Cola Company and played a key role in the reestablishment of Coca-Cola products in the Arabian Gulf after a 20 year absence.

David joined F&N Coca-Cola in Southeast Asia in 1996. As regional director for Indochina, he was responsible for the development of bottling operations in Vietnam, Cambodia, and Laos.

In 2000, he joined Coca-Cola Sabco as group manager, Market Execution. In 2003, as a member of the CCS Executive Committee, he was instrumental in the establishment of BevServ. As managing director, he provided hands-on consulting service to Coca-Cola bottlers and other fast-moving consumer goods clients in a variety of countries across Asia, Africa, and the Middle East.

David has been a member of the Globalpraxis Advisory Board since 2008.

He obtained the Professional Diploma in Marketing from the Chartered Institute of Marketing, United Kingdom.

British, David speaks English and French, and currently resides in Nelson, New Zealand. He is married with two sons and enjoys golf and watching rugby.