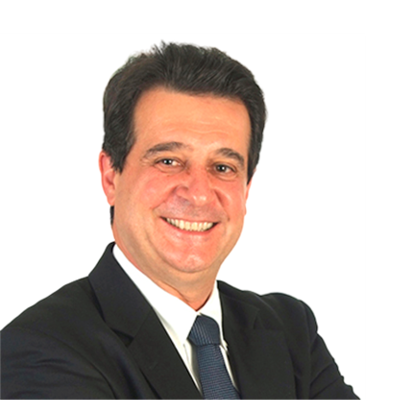 John P. Sechi started his career in 1978 with ICI in Toronto as a financial analyst. In 1980, he joined Touche Ross & Co. (now Deloitte) and led many audit and consulting assignments for large international companies in both Canada and Latin America.

In 1985, he joined the international audit team at The Coca-Cola Company where he worked on assignments in 16 countries. John was promoted to finance director for Coca-Cola Great Britain Ltd. and Refreshment Spectrum Ltd., based in London, in 1987. The following year, he was appointed general manager of the European Supply Point Group. In 1990, he moved to Madrid to join the Iberian Division as chief financial officer.

In 1993, John was promoted to president of the Central Mediterranean Division based in Milan, where he was responsible for operations in various markets, including Italy, Greece, Cyprus, Malta, Bulgaria, former Yugoslavia (Croatia, Serbia, Bosnia, Montenegro, and Kosovo), Macedonia, and Albania. In 1998, he was promoted to president of the German Division, based in Dusseldorf.

In August of 2007, John joined the Campbell Soup Company as Greater Europe President. In July 2014, he formed Sechi & Sechi Properties Ltd., a family business focused on the development, rental, and management of residential real estate. He is a member of the board of directors and audit committee of The Coca-Cola Hellenic Bottling Company AG and remains a member of the Globalpraxis Advisory Board.

He is a chartered accountant and CPA with membership in the Institute of Chartered Accountants of Ontario and has a bachelor's in business management from Ryerson University in Toronto.

John is Canadian and resides in the United Kingdom. He speaks English, Italian, and Spanish, and has a good understanding of Portuguese, French, and German. He is married with two children and enjoys golf, jogging, swimming, and travel.