Packaging pollution: The revolution ahead 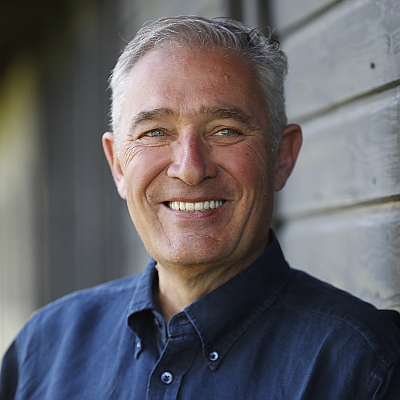 Packaging waste and pollution is a key challenge facing humanity, and therefore an urgent matter for most companies today. The numbers are staggering, ever-increasing, and very difficult to correct unless there’s an incredible evolution, even a revolution, in the immediate future. Imagine: 8 million tons of plastic are discarded into the ocean every year.

In recent years, startup companies have done excellent work in trying to revert the situation, and their discoveries indicate that there is still hope ahead. There are many new products which could be industrialized with very positive effects for the planet. It is time for all companies to start changing their packaging strategy, transforming what is a serious concern for their customers and consumers into an environmentally-friendly marketing strategy. The most audacious, the most visionary, will be the real winners. No doubt about it. We are ready. Here are some examples:

Sugarcane plastic: One of the most recent developments in plastic substitution is sugarcane ethanol. It is striking to learn that the physical and mechanical properties of this material are similar to, if not better than, those of conventional petroleum polyethylene.

Today, this kind of packaging is widely available mainly in the food, food supplement, and pharmaceutical industries, as well as for beverages. As an example, the giant Tetra Pak uses sugarcane-based plastic for its organic beverages clients. While sugarcane plastic isn’t biodegradable, it is 100 percent recyclable. Sugarcane also absorbs carbon dioxide. The fact that it absorbs one of our biggest pollutants makes it far superior to oil.

Milk protein: Another great recent development is milk protein-based packaging. Packaging made of milk protein (casein) could virtually replace any plastic film today. Its performance is even 50 times better than conventional oil-based film!

The versatility of this type of packaging is mind boggling. It can, for example, be dissolved in hot water, thus avoiding any kind of waste. According to a publication of IMCG international, in 2016 USDA researchers developed an edible food packaging biopolymer from milk casein – traditionally used in the production of glue, paint, and textiles – capable of preserving food longer than traditional plastics. Casein biopolymers can minimize waste drastically and, at the same time, add nutritional value to foods by adding vitamins and supplements to the film.

Seaweed: Finally, let’s talk about seaweed plastic, a very promising development. Recently, according to Anthropocene, a group of Israeli scientists has developed a way to create bioplastic in sea water. The process combines seaweed and a microbe called Haloferax mediterranei. The most productive seaweed seems to be a species called Ulva lactuca, or sea lettuce, which combines with the microbe to produce a biodegradable plastic that could replace conventional shopping bags, among other plastic products.

While some of these innovations will need more time to be widely implemented, here is one which is ready to use and full of promise: The Sempack solution. The packaging offers 100% recyclability, perfect transfer from rigid to flexible, 99 % product restitution rate (1,3 billion tons of food is wasted every year!), and a very limited carbon impact. It’s a significant move – very convenient and customer friendly for professional and individual usage.

I am convinced there will be many other promising initiatives in the years to come. To become a reality, big companies need to look at all the startups involved, as an extension of their own research and development departments. They should invest heavily in them in order to ensure that the next generations will continue to enjoy their products. This is much wiser than any marketing or media campaign.