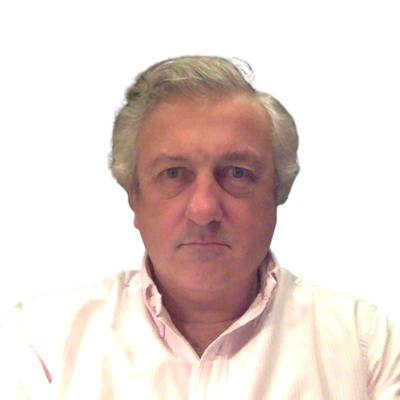 After working for 2 years for a financial firm in Buenos Aires, Esteban set up a gastronomic-sports business together with a friend. Following his 4 years in charge of the firm, he began advising the main sports and convention centers of Buenos Aires.

In 1991, he founded a consulting firm focused on commercial and marketing sectors, together with local partners.

He started working with a Spanish consulting firm (The ISA Group) in 1997 and later developed The ISA Group's practice in Latin America as partner and coordinator with the European office.

The following year, he founded a commercializing firm of banking products, with Citibank, MasterCard, and Visa as main clients. He continued working as a consultant for various projects, focusing mainly on the financial, media, sports, and supermarket sectors.

In 2000, Esteban became a partner at Globalpraxis.

His degrees are in engineering and economics from the University of Buenos Aires.

Esteban is Argentinean and lives in Buenos Aires. He speaks Spanish and English, and is proficient in Portuguese and Italian. He is married with five children and enjoys playing tennis and football.